Circumstances demanded prudence and caution as a part of everyday life. 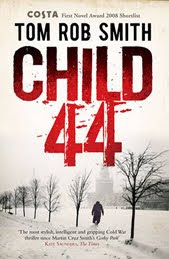 Leo Stepanovich, a milita officer proud of his efficiency and obedience to the Soviet Party, would never imagine that his own person would fall into the same trap he used to prepare for every person enlisted in his agenda for arrest and process.

He’s a true believer, his life belongs to the State and he will do whatever is demanded as it is always for the good of the majorities. Soon his wellbeing will be at stake along with their family’s when he’s found suspect of conspiracy against the Motherland and his wife, Raisa, identified as spy, a Western’s collaborator.

A suspect’s guilt became real as soon as they became a suspect.

Survival, feelings and moral principles are the protagonist of Leo’s internal battle and his personal history will be the only one way out.

Tom Rob Smith prepared a gripping scenario where well documented historic facts meet a fascinating plot that hardly reveals clues until the very last moment, keeping the reader with the eyes moving from left to right until the last page.

…to be alive was a crime.

Keep and eye on: every character has been carefully created just like a first class handcraft. There are no gaps, not a single loose end nor a detail narrated without a reason. The deep knowledge of the Stalinist Era and the rich description of its atmosphere.

Child 44 itself is the definition of a breath-taking novel.

A read before you die.