‘Change of plan’, Ben said. ‘No coffee break. We’re going to work straight through the morning. Maybe through lunch and through dinner if we have to.’ 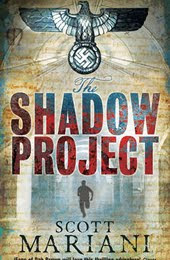 Major Benedict Hope, decided to change his life drasticaly and continue as a professional trainer  for bodyguards and security teams on kidnap and rescue. The scenario takes him into a millionare complot where he has no choice but face a new dangerous challenge: to dig into a secret organization masked under the neonazi cause with a bigger and powerful project.


You are being paid to protect me, not to organise my business arrangements

His mission will suddenly twist its way when an unexpected person appears in the scene and makes Ben to change his strategy turning the mission in something personal.

And he saw something that made him stop. He let go of the woman and took a step back, stunned and disorientated.

Keep an eye on: the way Scott Mariani describes places and weaponry.  The way Mr. Mariani develops the dialogues between Hope and his closest friends and relatives.

Many of the most important advances in technology, have been created with war purposes in mind and later on developed for domestic use. Scott Mariani put this interesting topic on the table, focusing on the conspiracy around this murky world.The Shadow Project could be, positive,  a great closing book for Major Hope.

‘The Shadow Project’ could possibly be a great closing chapter for Major Hope.