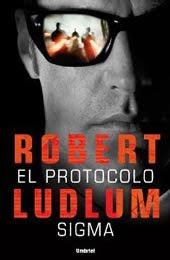 Zurich is one of the most recurrent setting canvases for Ludlum, and The Sigma Protocol is no exception. Max Hartman is victim of a long chain of coincidences that lead him to find out unexpected secrets regarding the background of his missing twin brother.

As you would expect from the classic and well known style of Robert Ludlum, this novel grips the reader from the first page. As usual, this book tells of gun battles, chases, secret organizations, conspiracies and many other core elements that Ludlum knows how to mix in perfectly balanced quantities.

Keep an eye on: readers of Ludlum will agree that every character involved has an important role to play which cannot be left out nor substituted for anything else. Ludlum likes to fade a character out during some chapters, and then suddenly bring them back to tie up a loose end in the plot or just to add to the tension.

This is the kind of novel that made me addicted to the literature of espionage.

If you think that Jason Bourne stories have been the best from Ludlum, I warn you: you are swiming in a lake when the ocean waits.